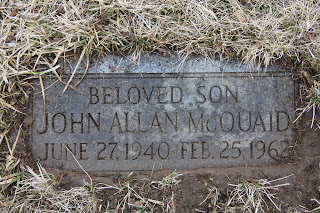 Art films: "art of the moving image" screening at Duke

Last night I spent 90 minutes attending a screening of a dozen or so short films produced by students in the “Art of the Moving Image” program at Duke.  Please understand that I don’t know much about this program or how it relates to other film stuff at Duke, although it’s clearly not part of the documentary work going on in and around the University.

Quick summary: a lot of self-indulgent, semi-meaningless images thrown together.  There were several films that had coherence and meaning, mostly critiques based on showing advertising footage and contrasting that with reality (one on fast food, one on women’s images).  And one film wanted to be a documentary about folks trying to break into professional video gaming, but it suffered from the general artiness of the evening.

One film, a meditation on water - very very short - used what I am calling “artiness” to its advantage.  It put together a group of images that had some relationship both visually and content-wise.  It was kind of fun too.  But most of the rest of the films were - to me - sadly lacking in anything like emotion or engagement.  Many momentarily arresting images but simply thrown in or repeated endlessly.

Many of the filmmakers clearly have an eye, but I’m old-fashioned perhaps in believing that having an eye is not, by itself, enough.  There may be a refined, high culture place for films like this, perhaps a gallery in Soho or Dumbo.  But it’s a symptom of the disintegration of culture to me.  At one end are the Michael Bay films - hugely entertaining, hugely expensive - and at the other end are these montages of disconnected images.  Both fail (in varying degrees) to connect with the heart and soul.  One is certainly corporate, not personal and the other is (perhaps) personal to the degree that it is hermetic.

I want to make films in the middle of this.